European Biotech Acquisition Corp. (“EBAC”) is a newly organized blank check company incorporated on January 8, 2021 for the purpose of effecting a merger, share exchange, asset acquisition, share purchase, reorganization or similar business combination with one or more business or entities, which we refer to as our initial business combination.

LSP, an affiliate of the sponsor, is one of Europe’s largest and most experienced healthcare investment firm. With an investment track record of more than 30 years, LSP’s partners are dedicated to nurturing and growing healthcare businesses that have the potential to have a positive impact on society. With a committed team of highly experienced investment professionals spread across its offices in Amsterdam, Munich and Boston, LSP aims to invest in companies that have highly innovative products, with a strong scientific and clinical rationale, and significant breakthrough potential. Combining its deep sector knowledge with analytical skills and investment experience, the LSP team adds significant value to its portfolio companies by not only providing capital, but also by offering strategic, clinical, operational, financial and commercial guidance and support. LSP has raised over $2.3 billion and currently invests in both the private- and public-equity markets from four funds with distinct investment strategies, primarily in Europe and in the United States.

The EBAC team will primarily seek to identify a company within the European life sciences industry, whose high potential assets would benefit from the capital and management support, thereby unlocking value and enabling clinical development strategy. With investment experience of more than three decades, LSP partners have honed their well-tested and high-scrutiny investment process relevant for deal making from early to late stage. We believe our management team is uniquely positioned to identify promising opportunities in the European life sciences industry based on the breadth and depth of their personal networks and industry expertise. Our selection process will leverage LSP’s relationships with industry leaders, key opinion leaders, respected peers, investment bankers and other industry participants. We intend to seek the following characteristics in a potential merger target for EBAC: European footprint, Therapeutics focus, Breakthrough potential, Strong management team, Near-term value inflection points and a Strong candidate for strategic exit through M&A.

MANAGEMENT & BOARD OF DIRECTORS 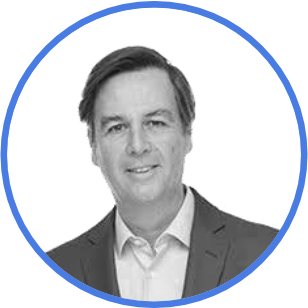 Eduardo Bravo, our Chief Executive Officer, has over 25 years of senior management and board experience in the biopharmaceutical sector, having held the position of CEO at Nordic Nanovector, TiGenix and Cellerix. As CEO at TiGenix, he oversaw several financing rounds, the company’s IPO on Nasdaq and its eventual acquisition by Takeda. Earlier in his career, Eduardo held several senior management positions at Sanofi-Aventis and SmithKline Beecham. He is currently Chairman of the Boards at Vivet Therapeutics and Engitix Therapeutics, and a Board Member at Sutura Therapeutics. Eduardo was President of the European Biopharmaceutical Enterprises Board of Directors between 2016 and 2018, and was also a member of the Executive Committee of Alliance for Regenerative Medicine. He holds a degree in Business Administration and an MBA from INSEAD. 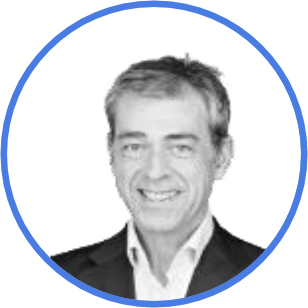 Martijn Kleijwegt, Managing Partner and founder of LSP, is our Chairman of the Board of Directors. Martijn was a pioneer in the European life sciences arena. He was instrumental in the successes of Prosensa (NL, IPO in 2013, sold to Biomarin for €548 million in 2015), Movetis (Belgium, IPO in 2009, acquired by Shire in 2010), Crucell (Netherlands, IPO in 2000, acquired by Johnson & Johnson in 2011), Rhein Biotech (Netherlands, IPO in 1999, acquired by Berna Biotech in 2002), and Qiagen (Germany, IPO in 1996). After starting his career at Philips, he gained extensive experience in the life sciences sector as general partner of Euroventures Benelux, one of the first venture funds in Europe with life sciences in its investment scope. Martijn led the life sciences investment strategy and built Euroventures Life Sciences (ELS). Martijn together with the other partners founded LSP in 1998. On behalf of LSP, Martijn currently serves on the (supervisory) boards of Arvelle Therapeutics (Netherlands), AM-Pharma (Netherlands), Vico Therapeutics (Belgium), Kiadis Pharma (Netherlands), OxThera (Sweden), Orphazyme (Denmark), Pharvaris (Germany) and Eloxx Pharmaceuticals (United States / Israel). He holds a Master’s degree in Economics from the Amsterdam University. 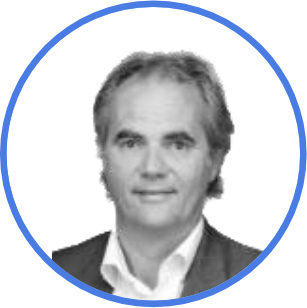 Mark Wegter joined LSP in 1998 and is currently a Managing Partner and co-owner of the firm. His prime focus and responsibility within LSP is to invest in listed securities and the general management of the firm. For the first ten years at LSP, Mark was actively involved in raising and managing LSP’s private equity funds, taking co-responsibility for the entire investment process, from deal sourcing to actively supporting the growth and exit of a number of LSP’s portfolio companies, as non-executive director and LSP investor representative. This included both private and public companies in countries such as The Netherlands, Belgium, Germany, the UK and Switzerland. As of early 2008, Mark started LSP’s public equity investment franchise, building it to become a second business line next to LSP’s existing private equity franchise. Prior to joining LSP, Mark worked as a Senior Analyst at ING Corporate and Investment Banking. Mark brings over 25 years of hands-on finance and investment experience to EBAC. Mark currently serves on the board of Kiadis Pharma, a Dutch biotech company listed on Euronext and active in the immune-oncology space (treatments for blood and solid cancers). Mark has a master’s degree in Business Economics from the Erasmus University of Rotterdam, the Netherlands. 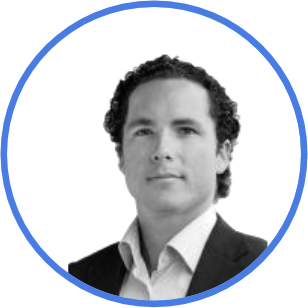 Koen Sintnicolaas, our Chief Financial Officer, joined LSP in 2016 as a Business Controller. Within LSP he has led various projects involving financial affairs connected to the investments and divestments of the portfolio companies as well as all fund-related matters. In addition, he has undertaken a number of LSP projects where he supports decision-making with both his analytical and financial expertise. Prior to joining LSP, Koen was a Business Controller at Fetim Group, an international trading company specialised in the design, development, marketing and sales of interior products. Within Fetim Group he was responsible for developing investment cases, forecasting and pricing models for the commercial departments. He also played an active role in various project groups, one of which was formulating the future business models and strategy of the firm. He holds a Master’s degree in Financial Economics from the Erasmus University in Rotterdam. In addition, he has also completed the postgraduate study ‘Business Analytics and Data Science’ at the Vrije Universiteit in Amsterdam. 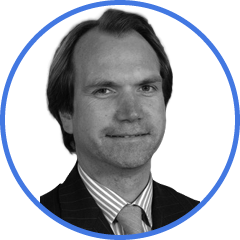 Volkert Doeksen serves as a director of EBAC since March 2021. Mr. Doeksen is a private equity investor and founder of AlpInvest Partners (originally NIB Capital), one of the largest private equity investments managers globally with over €40 billion of assets under management. From 2000 until 2015, he served as managing partner and Chairman of the Board of AlpInvest Partners which has offices in Amsterdam, Hong Kong and New York. From 2015 until 2019 Mr. Doeksen was Senior Advisor to The Carlyle Group (Washington, DC) and Vice Chairman of Carlyle Solutions Group. Prior to founding AlpInvest, Mr. Doeksen was a director of Dresdner Kleinwort Benson (today Dresdner Kleinwort), managing over $3 billion of private equity investments. From 1992 to 1994, Doeksen served as head of the bank's Benelux region, based in the firm's London office. In 1994, he moved to New York to head up DKB's private equity investments, including U.S. leveraged buyouts, mezzanine debt and fund of funds. Prior to Kleinwort Benson, Mr. Doeksen worked as an investment banker focusing on mergers and acquisitions for Dillon Read from 1989 through 1992. He began his career as a financial analyst in corporate finance for Morgan Stanley International in London in 1987. Mr. Doeksen received his Master in Law Degree from Universiteit Leiden (The University of Leiden) in 1987. We believe Mr. Doeksen’s extensive international experience in private equity investments and his service on the boards of directors makes him well qualified to serve as a director. 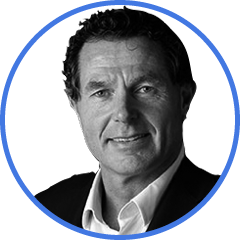 Onno van de Stolpe serves as a director of EBAC since March 2021. Mr. van de Stolpe founded Galapagos NV in 1999 and has served as Chief Executive Officer and member of the Board of Directors from 1999 to the present. From 1998 to 1999, he was the managing director of Genomics at IntroGene B.V. (later Crucell N.V., which was acquired by Johnson & Johnson Services, Inc. in 2011). Prior to joining IntroGene in 1998, he was managing director of Molecular Probes Europe B.V. He established this European headquarters after joining Molecular Probes, Inc. in the United States. Previously, Mr. van de Stolpe worked for The Netherlands Foreign Investment Agency in California, where he was responsible for recruiting biotechnology and medical device companies to locate in The Netherlands. Mr. Van de Stolpe started his career as Manager of Business Development at MOGEN International N.V. in Leiden. He received an MSc degree from Wageningen University in 1987. Mr. Van de Stolpe currently also serves as a member of the Board of Directors of Leyden Laboratories B.V. We believe that Mr. van de Stolpe is qualified to serve on our Board because of his extensive international experience in biotechnology, private equity and mergers and acquisitions, and his service on the boards of directors of biopharmaceutical companies. 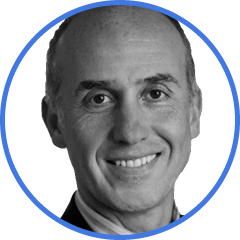 A list of SEC filings, along with downloadable documents for European Biotech Acquisition Corp., is available here: EDGAR